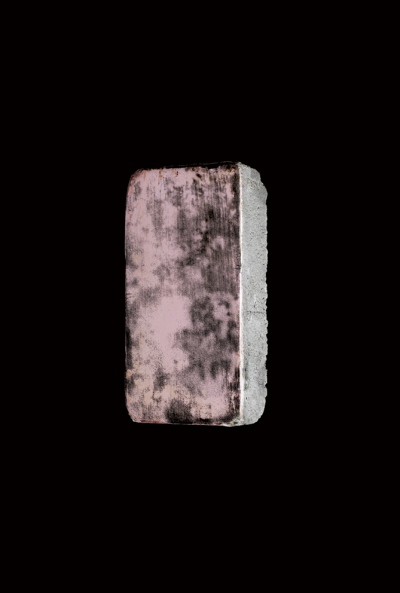 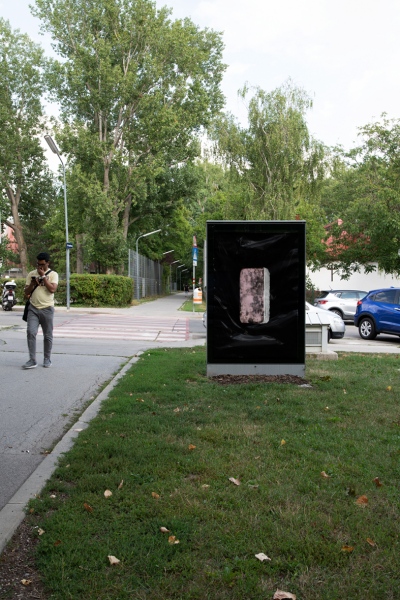 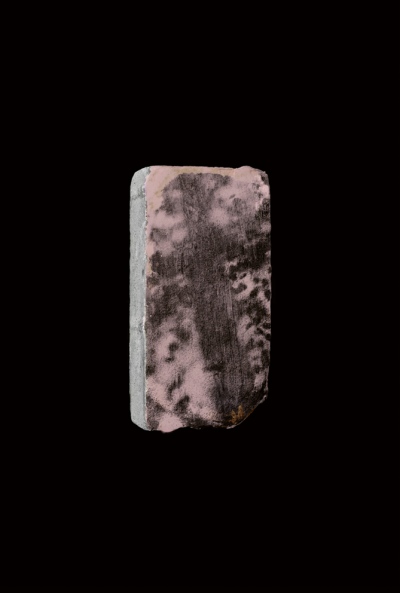 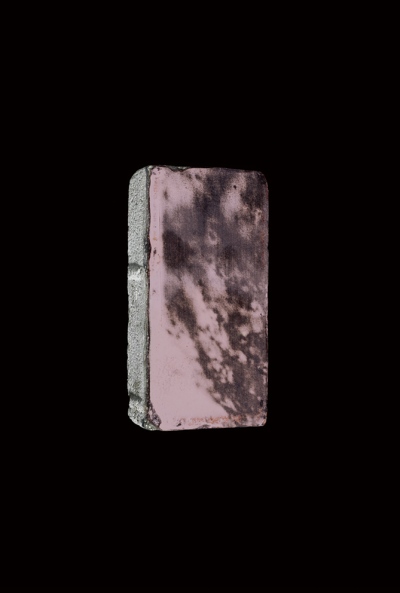 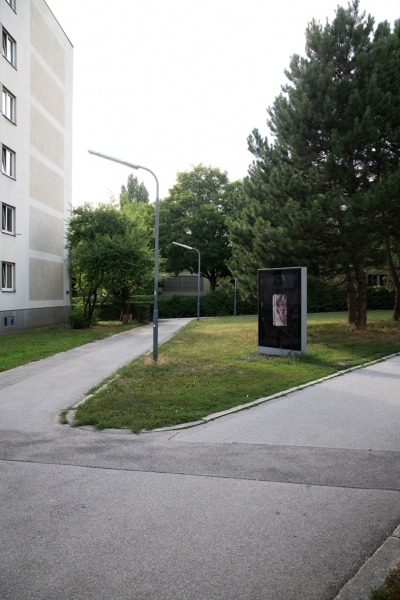 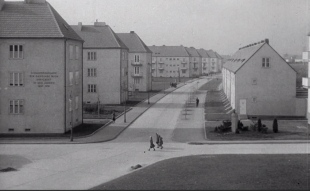 Was created as part of the KÖR project “Per Albin”. “Citylights” set up in the eastern part of the “Per Albin Hansson” public housing estate functioned for several months as a temporary exhibition space.
In 1947, as part of the Swedish aid programme to post-war Europe, Vienna City Council took possession of two concrete mixing machines that made concrete blocks from a mixture of rubble, broken bricks and cement. Hence, the remains of destroyed buildings were transformed into a new building material, with which the western part of the Per Albin Hansson housing estate was built.

The eastern part of the estate was added between 1966 and 1970. Whereas, in the western part, the past is invisibly archived in the foundations of the buildings, the eastern part no longer has any such direct relationship with the Swedish aid programme. 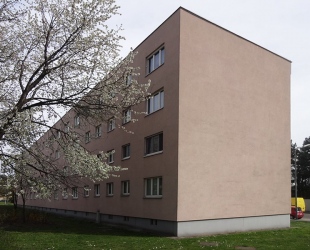 PFLASTERSTEIN
displays three different, fixed shadow images. The shadows falling on the western part of the estate were photographically documented and subsequently transferred onto the paving stones using light-sensitive emulsion.
Hence, the posters of the paving stones carried the shadow images of the western part into the eastern part in order to symbolically connect the two places that share a name.
The images are showing pictures of these objects.